13 of us posted this morning, and for some reason, Ocean’s Thirteen popped into my head while writing this, so I thought I would match up the pax with the characters from that movie. It turns out that it was easy to do, perfect matches for all. 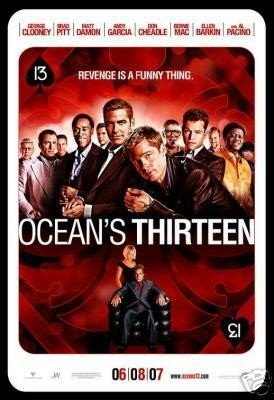 Of course the bad guy is Duck Butter (Willy Bank) who HC’d and then fartsacked.

The thing: We ran over the bridge and back.

Moleskin: Good luck to all the triathletes this weekend.

The clown car(s) headed to the Jacksonville launch on Saturday will gather at 5:45am at Harris Teeter. We will probably stop somewhere for coffee on the way. I hope to see many of you there.

Steamer took us out in prayer.  As always, it was an honor to lead.