The Return of Gilligan 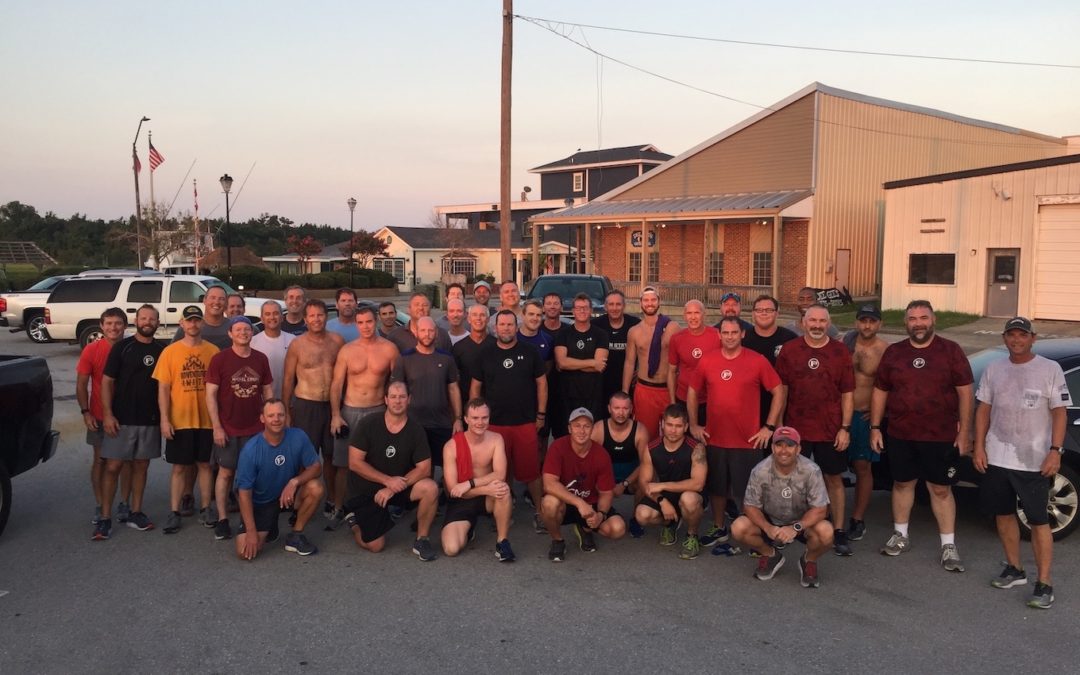 What brings out a PAX of 41?  The 80 degree morning?  Nope.  The well written preblast?  Nah.  YHC’s history of flawlessly executed workouts?  Definitely not.  The return of Gilligan?  HELL YES!

As the clock struck 5:30, YHC realized that it it was going to be difficult for the PAX to circle up for warmup between the rows of cars in the Sanitary parking lot.  It didn’t matter.  We gathered in what likely was the shape of an amoeba, and YHC quickly provided the mission statement and disclaimer followed by Cotton Pickers, Imperial Walkers, SSHs, and the Downward Dog.

Mosey/Run/Walk from the Sanitary parking lot to the fountain at Big Rock Landing.  Those moseying and/or running performed 20 Dips, 20 Irkins, 20 Derkins, and 20 Dips.  As those walking arrived, the PAX continued to the West.  Those moseying and/or running performed the following exercises OYO to exhaustion or until the walkers arrived at each of the following cross streets:

As the walkers made their way around the perimeter of Shevans Park, the rest of the PAX entered the tennis courts for one round of Suicides and Balls to the Wall.  Return to the fountain in the same fashion described above with the same exercises at the same cross streets (except for the Burpees due to time constraints).  20 more Dips, Irkins, and Derkins at the fountain followed by a group WALK back to the Sanitary parking lot.  Throughout the workout, many of the PAX rotated with the walkers in order to have a visit with Gillikin.

After Namarama, announcements and a short prayer, Puddles orchestrated an amazing Coffeteria with coffee, water, chocolate milk, and donuts.  Puddle’s bride was gracious enough to assist Puddles with the awesome spread as well as to take a group photo.

Today really was a great day!  The entire PAX has prayed and pulled for Gilligan for the past 6 weeks.  It was almost unbelievable that he was not only able to attend today’s workout but actually participate in it.  What a HIM!