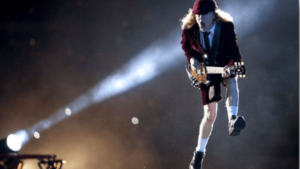 YHC was unsure how many PAX would post this morning with the BRR brothers hard at it in the West.  As YHC and his trusty wingman Dash 8 surveyed the AO before hard start, a host of regulars and soon to be regulars rolled in…and a few more rolled in after hard start.  5 Burpess OYO for Maytag, 5 more for Runway, 5 more for Cooter.  YHC was especially excited to see Runway and Princess posting again.  Strong work men

And we’re off for a dynamic warm-o-rama:

Today’s focus was simple, a circuit of short HIIT exercises that would alternate upper body then legs at each station.  First stop was against the tennis court fence for wall of fire.  Peoples chair but instead of each pax doing a 10 count, they would do to merkins down the line.  Short mosey to the other side of the courts, wall of fire again.  BTTW, each man does 5 merkins down the line.

Short mosey to the pull up bars in the far Southwestern corner of the park.  PAX paired up in twos.  Main group does bat wings (10 sun gods each way, 10 seal claps, 10 overhead claps, 10 air presses, repeato), while each pair peels off to do 10 pull ups.  Continue until all pairs finished their pull ups.

Short mosey to the East until we reached the end of the soccer field.  PAX in two lines facing each other.  Thighmaster ladder.  Group 1 does 1 rep, then group 2 does 1 rep.  Back to group 1 for 2 reps, etc, etc, up to 10 reps each side.  Mumble chatter “…this is like an Air Force exercise…” ceased somewhere around 8 reps in.  The moaning (and feeling of cement in YHC’s thighs) as we began to mosey told YHC that the slow burn plan was working.

Short mosey to the bleachers against the far Southeastern corner of the soccer field.  25 step ups in cadence.

Short mosey to the picnic tables under the pavilion for one of my new favs – some Ron Burgundy table top merkins.  Start on one side, erkin then run up and over the table, erkin, back up and over – that’s 1 rep.  We did 10 reps OYO total.

Short mosey to the entrance driveway which is lined with posts made out of telephone poles cut about waist high.  YHC’s original plan was for the PAX to leapfrog all of these (there are about 30).  However, during the initial survey, YHC nearly gelded himself and decided we would just do 10 erkins here instead.

Short mosey to the far Northwestern parking lot behind the welcome center.  Here we did a bearkin rack and stack. Bear crawl to the first line, 1 merkin.  Bear crawl to the second line, 2 merkins, etc., etc.  Packed this up to 7 then unpacked back down to 1 as we reached the far end of the lot.

Short mosey to the next lot where we completed an Imperial Squat Walkers (regular IW except you take a step forward each time and do a squat in between) the length of the parking lot.

Short mosey to the little league baseball field.  Start at home plate – run to right field fence, center field, left field, home plate stopping at each spot to do 10 plank jacks on the first time around and 10 mountain climbers on the second time around.

Short mosey back to the flag for the piece de resistance…THUNDERSTRUCK.  YHC turned up this AC/DC classic and informed the PAX we would do 1 merkin every time they heard “thunder” or “thunderstruck” in the song.  In between we did various plank positions to keep the heat on.  YHC used the live version which is 4:52 long and requires about 40 merkins – ouch.

With just two minutes left we did 20 Freddie Mercs in cadence and a ring of fire led by none other than Couch Potato – because its not really a Western Carterico workout unless that monster leads us out with supermans.

Based on the groans as we finished out (and the fact that I’m having trouble typing because my shoulders are smoked), YHC believes that his plan of a sneaky beating worked pretty well.  All in all, a rough count of exercises is as follows:

Announcements:  Navy on the Green Mile Monday – 5:30AM at Jackies Grill corner of 58 and Coast Guard rd.  Couch Potato on the Boondocks Q a CCBC on Tuesday.  YHC suggested we try to find out when the BRR brothers return on Sunday and possibly assemble a welcome party (anyone know where/when?)

Prayer requests: BRR brothers safe travel, race and return.  Cooter took us out with heartfelt words of thanks and praise as always.

It is always a pleasure and an honor to lead such a fine group of men.

Thank you for trusting me with the keys for my first FOD Q lunchbox.