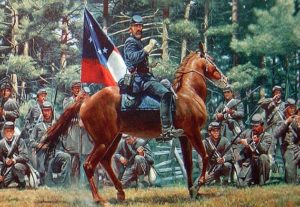 One of YHC’s favorite facets of F3 is the continual example set by our fellow PAX.  It is remarkable how hard it can be to find examples of strength, courage, perseverance, integrity, support, friendship and leadership in everyday life and yet how utterly commonplace those same things are in this extraordinary group of men we call F3.

The most moving and humbling we see each morning is the wonderful example of the father/leader.  So many of our youth today wade through life without the benefit of a strong father/leader like the one with which YHC was blessed.  Day after day in the West we see Couch Potato/Tater tot, Tony Romo/Backup, Griswold/Bolt, Plebe/Backsplash/Snow White/Fortnite/McGregor, Cooter/Enis/Whatever, Lunchbox/Juicebox, Pillbox/Worldcup, and many others.  Today I got to meet one of RuPaul’s many 2.0’s whose real name is Jackson which means, of course, that his F3 name is Stone Wall.  Boys look to their father’s for an example of strength to rally around just as the confused, disorganized and retreating Rebels from Bee’s and Barlow’s units found in Jackson standing like a “stone wall” at First Manassas.  So thank you gentlemen, for providing YHC with a reminder of what it means to be a good friend, husband and father every morning!

Speaking of leaders, as YHC drove across the EI Bridge two of our leaders (Couch Potato and Laettner) were out for their morning standard running across that same bridge. Griswold and YHC joined up for a somewhat shorter standard before circling up with the remaining PAX for a 5:30 Hard Start.

PAX split into two groups one of which ran bridge repeats while the other did an out and back on Coast Guard Road.  All PAX returned to the flag shortly before Hard Stop (laettner’s discipline kept him moving until the last second).  While the morning was beautiful and cool, the best part was watching RuPaul and Couch Potato push Stone Wall right through to the finish line.  RuPaul sets an awesome example for his 2.0’s and watching him challenge and encourage that young man today was inspiring.

Announcements: Holiday Mansion traveling West to Q the Boondocks tomorrow.  Get ready for a beating.  Weinstein on his VQ at Prometheus on Wed – let’s get all the runners and ruckers together and show up in big numbers for this respect club member!  Weinstein took us out in a heartfelt prayer in the BOM.

As always, it was a pleasure and an honor to lead.  Thank you for the opportunity Maytag!