What a great morning for a workout.  Especially when the workout is your one year anniversary of starting F3.  About a year ago Purplerain cornered me in my garage during an oyster roast and forced me to come to F3.  Unwillingly I complied.  The first workout was lead by Buttoncap, who pulled up with three 8X8s in his truck and proceeded to split us into teams to run them down Anita Fort to the boondocks.  I vaguely remember there were some exercises we did at the end of the street then ran the 8X8s back to the CCBC parking lot.  I had Griswold on my team and I think Lunchbox.  I thought I was going to die, I felt like I ran both ways but it was probably more like Griswold dragging me and the 8X8 with him.

Fast forward one year, I found some 8X8s and there is nothing better than a little morning wood (see what I did there Maytag?).  So, let’s see how we all stack up one later.

We started with a warm-a-rama, the mood was a little quiet as everyone already saw I had landscape rocks and the 8X8s in my truck bed.  We did a short mosey and ended up under the pavilion to at least keep us dry for the first 5 minutes of the workout (did I mention it was raining)?

Now to the fun.  What did one 8X8 say to the other 8X8?  I don’t know, they never got close enough to mumble chatter during the workout.  We ran to my truck and divided into teams of 3 and grabbed the 8X8s, for the guys that wanted to modify I accommodated with the landscape stones which they used to do the same exercises. Each 8X8 had two guys carrying and wing-man to step in and rotate guys.  We started to mosey down Anita Fort and stopped along the way until we hit the end of the road. 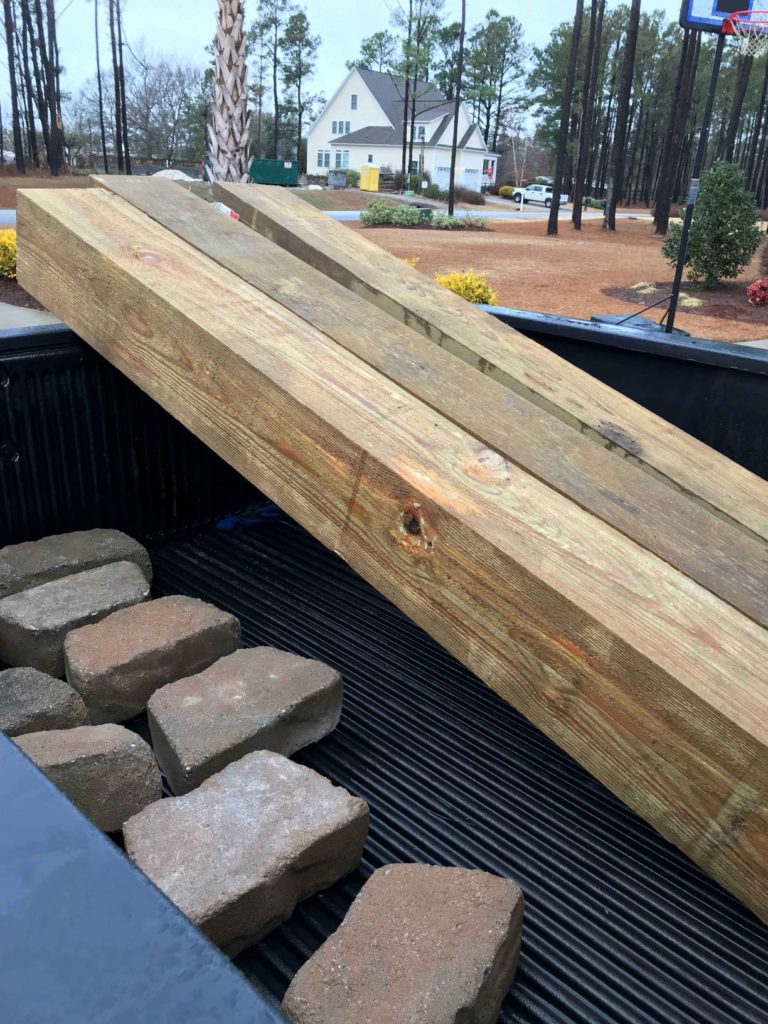 Chip, Woody, and Stud are resting after their workout this morning

We repeated this up and down the street and stopped to do the above 4 times each way.

By the time we reached the parking lot, it was hard stop.  I was beat, I can honestly say that compared to last year at this time, I am in much better shape, but I still have a long way to go.

Thanks guys for your friendship, encouragement, and support.  F3 is a great thing for all of us.